We can assist in the field of debt collection, in respect to undertaking negotiations in an unbiased manner, to ascertain the debtor’s stance, likelihood and ability to repay a sum owing.

An inquiry into payment times and practises by the Australian Small Business and Family Enterprise Ombudsman, Kate Carnell, found that ‘almost one in two small businesses experience late payments on at least half of bills owed’.

Are you having trouble with late payments? Is it effecting the cash-flow of your business?

Hammurabi nailed it back in 1772 BC when he declared: “The first duty of government is to protect the powerless from the powerful.”

When it came to common sense, the sixth king of Babylon was an “early adopter”, earlier than say the 29th prime minister of Australia whose government is still trying to force through tax cuts for big business, although one-third of them don’t pay tax anyway.

If the government is intent on stimulating the economy, there is a policy no-brainer just crying for attention: tackling the blow-out in the time big business takes to pay suppliers. Putting a stop to powerful corporations exploiting their powerless suppliers would not only deliver small-business votes but would speed up the entire economy.

After revelations last year that some multinationals were delaying paying their suppliers for 120 days, the Australian Small Business and Family Enterprise Ombudsman, Kate Carnell, set up an inquiry into payment times and practices. Usually, a government inquiry will attract a trickle of public submissions. In this case, it set off a flood: 130 individual submissions and 2,800 survey responses. 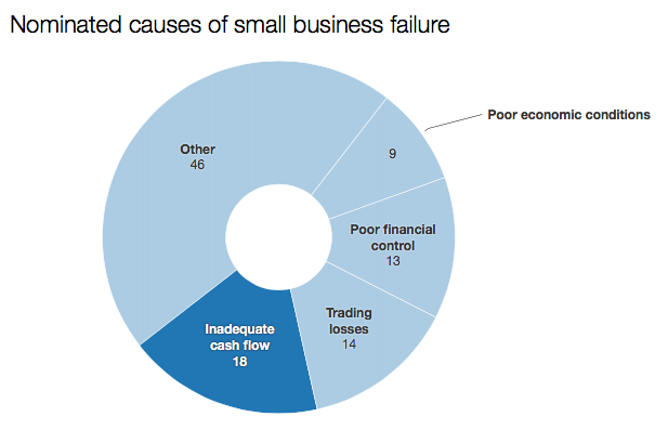 Small suppliers, at the mercy of large corporations, are loath to publicly criticise their big customers. Privately, though, they are fuming at being “screwed” and “used as a bank”.

Many have suffered in silence over the past decade as their customers – the likes of multinationals up the grocery food chain – have pushed out payment times from 30 days, to 60 days, to 90 days and lately 120 days.

The latest ruse in this insidious “procurement” revolution, or “working capital management” scheme, has come care of US food giant Mars. Mars has not only pushed its terms out to four months but is offering its suppliers “trade finance”.

In other words, Mars is not only putting its suppliers under pressure, but is offering to exploit them with a credit facility so they pay interest on top of the money it owes them!

What the ombudsman found

In its investigations, the Australian Small Business and Family Enterprise Ombudsman reached out to 110 multinationals and got a response rate of 50-60%. Among the ombudsman’s preliminary findings: 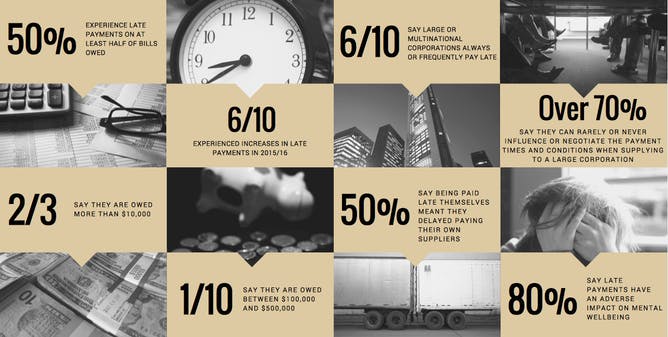 What can we learn from overseas?

When the ombudsman’s final report is handed down it is likely to deliver a blueprint for reform based on developments overseas. Australia lags behind the rest of the world in acting on this problem. Europe and the UK have introduced various industry codes and legislation to shorten payment times and compel industry compliance.

Legislation may not be needed. As with many things, transparency will be half the battle. If companies have to disclose their payment terms, they will be reluctant to sting their suppliers with onerous procurement schemes.

Besides the overseas precedents – existing models in Spain, Ireland, France and Germany exhibit various degrees of success – there is economic modelling work (albeit not much) that shows faster payments lead to growth in jobs and wages.

It is axiomatic: speed up payments across the biggest sector of the economy, small business, and the whole system speeds up.

Already, some large corporations are moving in the right direction. Coles recently announced it would pay 1,000 suppliers within 14 days. Telstra is moving from 45 days to 30 days or less.

This column, co-published by The Conversation with michaelwest.com.au, is part of the Democracy Futures series, a joint global initiative with the Sydney Democracy Network. The project aims to stimulate fresh thinking about the many challenges facing democracies in the 21st century.

This article was originally published on The Conversation. Read the original article.